At the moment, not a few automakers have introduced models that run on hydrogen fuel. Several such specimens are already seen on the roads of Europe and the USA. Moreover, when you are travelling in the USA with the luxury car rentals md, you are able to see different types of refueling stations.

However, earlier the mass production of cars, which run on hydrogen fuel, was not widely discussed. Only recently, there had been an event that confirmed the seriousness of the automakers’ intentions to begin mass production of models with hydrogen engine units.

The use of hydrogen in car refueling

Hydrogen can be obtained by electrolysis of water and further used as an environmentally friendly fuel, the combustion of which does not generate harmful substances. However, the widespread use of technology operating on this gas is hindered by the high explosiveness and the need to build large facilities for its storage. The introduction of a new battery, which is capable of storing large amounts of hydrogen in a safe – chemically bound – form, could influence the solution of these problems.

In a bound form, hydrogen can be stored for a long time. Moreover, its volume concentration will exceed the corresponding indicator for liquefied gas stored at cryogenic temperatures, the maintenance of which requires significant energy costs. Then, at the right time, hydrogen can be easily released from the hydrides, after which the battery will be recharged with new gas.

According to scientists, the main purpose of the development will be the accumulation of hydrogen generated by electrolysis of water using renewable energy sources (in particular, solar panels), and its further use to generate electricity in fuel cells – in situations where backup power is needed. For example, such installations are planned to be used on cell towers for their uninterrupted operation during possible power outages. 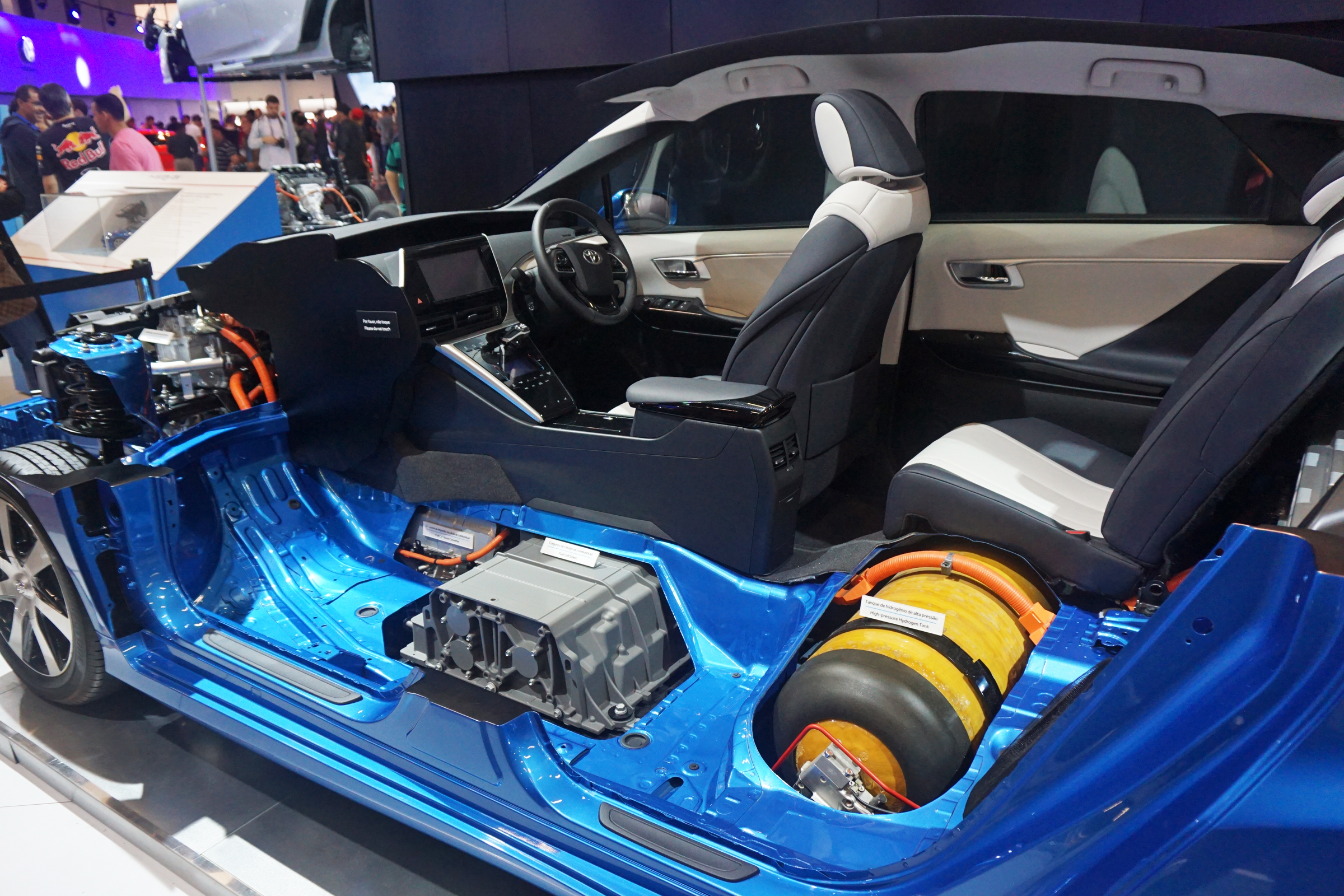 The representatives of General Motors Corporation and the BMW Group have announced that they are starting to create refueling equipment for cars running on liquefied hydrogen. One of the goals of this collaboration is to develop global standards and specifications for suppliers of fuels and refueling equipment. The use of liquefied hydrogen as fuel, rather than compressed hydrogen, is explained by its ease of transportation – it does not need a network of pipelines between filling stations.

In the long term, equipment operating on the new technology can be used to create filling stations for cars running on hydrogen fuel. In the case of such a variant of the system implementation, it will create an accessible infrastructure for environmentally friendly transport. Several large manufacturers are engaged in the production of cars on hydrogen. For example, among the serial cars operating on this type of fuel, one can distinguish the German Mercedes GLC F-Cell, the Korean Hyundai NEXO, as well as the Japanese Toyota Mirai and Honda Clarity.

The rate of development of hydrogen refueling:

An example of the use of hydrogen refueling

In winter, the first hydrogen station was opened in Heidelberg, Germany. The H2 installation technology was developed by Air Liquide and allows refueling about 40 cars a day.

The operator and owner of these stations is H2 MOBILITY. The partners’ main objective is to operate 100 stations in the cities and towns of the country, as well as along major roads and highways. Additional hydrogen fueling stations should be built as the number of cars, using this fuel, increases.

For the first hydrogen station’s construction, the company received funding of around 950 thousand euros from the BMVI.

The network of hydrogen filling stations in Germany is systematically expanding. It means that the cars and commercial vehicles with zero emissions of fuel cells will have a significant market share worldwide and make a significant contribution to the reduction of emissions in road traffic and transport.

A hydrogen car can travel 2–2.5 times more than an electric car at one filling station. In the future, these features will help hydrogen cars to displace all other types of vehicles – provided the necessary infrastructure is built for them. Currently, most of the hydrogen refueling stations are located in the USA, Canada, China, Japan and Germany.

The Amazing Technologies which Will Help Your Classrooms

How Gamification is Getting Students More Invested in Education

The Significant Impact of Virtual Reality in the Future Jobs

Top Features that Will Make Your Dating Apps More Booming

Things You Need to Know About Graphic Cards

How Technology can help you Make Money Online

Hybrid Cars: 6 Most Efficient Models You Can Buy Now